Gut instinct – eczema, arthritis, chronic fatigue or depression. Are your health issues caused by your gut?

Mary asked me how she could have developed food intolerances as an adult. But as she told me about her health history, it emerged that as a child she was often treated with antibiotics for earaches and chesty coughs. In fact, she still continued to take a couple of courses of antibiotics for colds or sinusitis. She also had glandular fever at 17 that took her a long time to recover from – and would recur when she felt stressed and tired.

Mary also had vaginal thrush, a yeast or fungal infection that can last many years. This was an important indicator that the levels of immune-supporting good bacteria in the intestines, called probiotics were too low and her intestines had probably become home to several unfriendly bacteria and fungi. The gut fungal infection can easily spread to the groin and vagina causing itching and a white film or discharge.

Her chronic muscle pains (fibromyalgia) fit cases where chronic intestinal infection follows a weakened immune system. Mary’s muscle pain symptoms had now lasted for two years and she had frequent headaches and felt extremely tired, to the point where it was difficult to keep working. She was also sleeping terribly, which she said was “becoming depressing”.

As we talked some more  Mary mentioned that she suffered from bloating and that bread and beer are the worst culprits. “They make me look three months pregnant — people are always asking!” she said. As she spoke, there were tears and anxiety on her face and she worried out loud if she would get better.

What is food intolerance?

Many people suffer from food intolerances and are often not aware of it. If you love pasta, bread, or ice-cream so much that you crave it frequently, it could be a case of food intolerance and the gut instinct gone wrong!

Food intolerance should not be confused with a food allergy. A food allergy occurs when the immune system over-reacts to certain food particles, causing the body to mistakenly produce the antibody, IgE, to fight off the otherwise harmless food. The slightest exposure to the food particle is enough to trigger an almost immediate allergic reaction like itching, scratching, or sneezing. Other symptoms may include swelling of the lips, mouth, and throat; shortness of breath; and wheezing.

Food intolerance on the other hand is more common and often goes unnoticed because symptoms can arise hours, even days, after the food is ingested. These symptoms might be as mild as gas, bloating and muscle pains or as severe as arthritis and chronic fatigue. The most common is an intolerance to lactose, found in milk and dairy. Symptoms will include an irritable gassy bowel, diarrhoea, and cramps. By the way did you know these symptoms may be relieved by certain strains of probiotics that help you digest the lactose – just ask “for a flat stomach” at IMI dispensary.

Food intolerances trigger the immune system in a delayed reaction that once it starts may last over several days. The effect is to cause inflammation within the body, in any tissue that is susceptible. Intolerances to gluten or wheat, for example, gradually cause inflammatory antibodies to accumulate first in the intestines (which swell up) and may travel to the skin causing bumpy vesicles or eczema or to the joints causing arthritis. Gluten sensitivities are proven also to inflame the brain in some individuals, and this may affect moods or the diseases such as Multiple Sclerosois. I once had a patient who had depression for 15 years and we tried many things for migraines. It was just 3 days after stopping the gluten that her dark mood finally lifted. It was so pleasing to find out what was the cause.

Food cravings are another common effect of food intolerances. Inflammation in the liver, induced by the food intolerance, causes a chemical reaction that leads to low blood sugar levels, in turn causing the craving.

In Mary’s case, we found that she had intolerances to wheat, milk, yeast, and cola nut—she loved colas because they kept her energy going! Bread and sugar were the foods she craved yet these were feeding the intestinal fungus.

Adding to Mary’s concerns we found that the chronic low-grade infections made her intestines too permeable at the gut linings. Commonly referred to as leaky gut, it is a condition where microscopic food particles can cross the intestinal lining and get into the blood stream before being properly digested, making food intolerances worse.

Identifying a food intolerance is important because they are often linked to chronic illnesses such as fibromyalgia, eczema, asthma, arthritis pain, irritable bowel syndrome, chronic fatigue, even depression or hyperactivity. While some cases of food allergies could go away as children grow older, food intolerances often develop in adulthood.

This usually begins with a weak immune system caused by stress, a lack of essential nutrients such as vitamin D and zinc, or a lack of healthy intestinal (gut) flora. When healthy intestinal flora is depleted, a simple food poisoning may remain in the intestines causing a new bacterial, or parasitic overgrowth. The bacteria, parasite and sometimes fungi then interfere with the enzyme production in the gut, leaving more food for the overgrowth to develop as it can not be as well absorbed.

So while our patient is craving for carbs as they are not absorbing so well, the microbes are getting a good feed from them, causing the fermentation and bloating. Worse still the bacteria or fungi then produce toxins that initiate a liver and immune system struggle that intensifies inflammation.

Testing takes the guesswork out of treatment

A consultation with a trained naturopathic physician can ensure that effective and individualised tests are conducted, taking the guesswork out of a naturopathic assessment and treatment plan.

Blood tests can identify sensitivities to over 100 foods as well as to Candida albicans, a common toxic yeast. We use the Food Intolerance test from Great Plains Lab in Kansas USA.

There is also the Organic Acids Test (OAT) from Great Plains Lab, a urine test which provides a snapshot of the patient’s metabolism to indicate disorders of metabolism including energy production. The OAT test clearly indicates the presence of yeast (Candida), or intestinal bacterial overgrowth by revealing the toxicity from the gut is flowing through the body all the way to the urine, (affecting every organ between).

Stool testing from world class labs such as Diagnostic Solutions, and Doctors Data are a routine and we usually add one of these to the Food Intolerance test.

With two of these three tests we can normally get a good picture of the right way to correct the gut and the best diet to assist that. Usually, clearing the gut infections takes three months sometimes an extra few months to heal a leaky gut, if it is present. After this most food intolerances abate or disappear completely, so the onorous dietary restrictions are then relaxed.

With these accurate tests, we can make individualised treatment recommendations specific to the patient’s unique needs.

In Mary’s case the Candida and bacterial overgrowth took three months to clear. During that time her terrible bloating disappeared completely, her moods lifted and sleep improved to normal. It took us three more months until her leaky gut was repaired. Then Mary’s energy levels really got better. Around the same time her muscle pains finally went as well. She found she was still fatigued if she ate bread, pizza or drank beer but otherwise her diet was a healthier version of normal – her food intolerances had virtually all cleared up.

Mary also took the time to address her worst lifestyle issues. She worked too much and played too little. Balancing her stressful work life by getting better sleep and three hours a week of exercise really helped and by engaging in more health giving recreation (dance was her thing!) she felt better too. These were important steps she took for healing the deeper cause of her issues.

A common treatment often recommended for food intolerance is to cut out the questionable foods. However, permanently avoiding a large selection of foods is not sensible. Although it may be tempting to deal with Candida, leaky gut or food intolerances with ‘fad’ solutions offered on the internet or fasts and detoxing without any support, patients may find that they actually get worse while the root cause of their condition is never properly addressed.

It is best to identify which antimicrobials will work for your particular infections for instance (our stool testing can identify this for you). Few of the health store products really work for the gut infections, and are a waste of money. Our clinical experience over 30 years is a big asset in actually getting treatments that work.

For instance many people on a Candida diet are told to take pau d’arco and coconut oil. It doesn’t work. They are told to avoid yeast, and yet few are intolerant to yeast when tested for an intolerance.

Effective anti-microbials are always needed rather than trying to starve them to death with a zero carbohydrate diet for years. Then after successful antimicrobials gut repair and reinnoculation of the good bacterial levels can be successful after the initial bacterial and fungal removal stage.

Accurate diagnosis, an effective sequenced treatment plan and balancing the patients nutrition needs is vital to fight chronic illness. Consulting a qualified naturopath will bring about these real results and genuine healing.

So what can you do to break the cycle?

“All disease starts in the gut” it is said, so this is where the healing program needs to focus at first. Infections and intolerance must first be identified through appropriate diagnostic testing. Removing infections is the most critical path to recovery, and can take 2-3 months, as in the case of Candida and small intestinal bacterial overgrowth. During this time it is necessary to cut out the intolerance-producing food.

Re-establishing the correct microbes in the gut is important later. After removing the infections the next phase involves repairing the intestinal lining and re-inoculating with plenty of probiotics. Within a few weeks, the immune system regains healthy function, even severe pains reduce or go away completely, energy returns, and patients report feeling better than they have in years!

To book a consultation with Graeme Bradshaw our gut expert, call 2523 7121 or submit the enquiry e-form below. 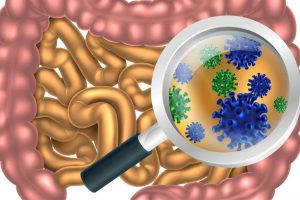 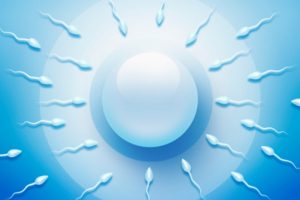