Winner of two world championships and three Tours de France, Greg LeMond is widely lauded as the greatest American cyclist of all time. He’s an entrepreneur, a trailblazer, an innovator, a survivor and a philanthropist.

These labels that define the 57 year old cycling superstar today are a far cry from the ones that hampered his self-esteem in his childhood years. In those days, he was considered a wild child, a fidgeter and a poor learner.

Greg has ADHD, which he only realised in adulthood. He now knows he struggled at school not because he wasn’t smart but because he simply needed a different tactic for learning. Fortunately, at the age of fourteen, a new-found passion for cycling unlocked the key to his brain potential and set him up for his path to success.

“My triumph over the symptoms was found atop two thin tires over many dusty miles. Even an hour of exercise cleared my head and sharpened my focus. I was transformed… There’s a four or five-hour period after exercise when your brain is supercharged, and that is when you are most calm and most able to focus….” Greg shares in his book ‘The Science of Fitness”.

Greg says intensive exercise changed his life: it opened his brain to learning. He suddenly found that he could absorb, process and retain information more easily. A plethora of research backs up his claim. A study that measured the neural functioning of ADHD-diagnosed kids after exercise discovered their brains looked more similar to those of kids who didn’t have the condition. Vigorous exercise such as cycling has been proven to boost cognitive abilities: thinking, planning, focus, and behaviour. By releasing serotonin and dopamine, exercise has been linked to reduced stress and anxiety too. It’s no wonder researchers say exercise can eliminate or decrease the need for stimulant medications used to treat symptoms of ADHD.

IMI Osteopath Aaron Anderson firmly believes in the importance of exercise for children with attention challenges. In fact, he says children with all different learning needs benefit from movement.

“Children are designed to move. Their bodies and brains need physical movement in order to learn effectively. Children with ADHD have a lot of nervous energy that can interrupt their concentration and output at school. A patient once likened it to a wound up spring. Vigorous exercise helps to relieve the tension in the spring.”

Unfortunately, many students’ brain potential is hampered by their sedentary lifestyles, often with a screen in hand. “A child should be aiming for at least thirty to sixty minutes of exercise a day. They’ll get their best ideas when they’re moving, not when they’re sat behind a screen. Exercise sets the foundation for future health,” Aaron observes.

Some children actively participate in vigorous exercise. They engage in team sports, which bolsters their cooperation and social skills and in turn their mental and emotional wellbeing. They take part in tennis, dance, swimming and more. But an injury can set them back and even cause them to drop out of the sport. As Aaron puts it, ‘they’re retired before they’ve even started.’

Muscle strains. Ligament sprains. Shin splints. Knee and hip pain. Shoulder, elbow and wrist pain. Recurring musculoskeletal injuries and more. The go-to-osteopath for sports injury prevention and rehabilitation, Aaron has helped and healed Olympians, renowned cycling teams and football teams. He previously owned an osteopathy clinic in Australia that specialized in managing traumatic sporting injuries and early teenage sporting injuries. He encourages children not to give up exercise because of an injury.

Osteopathy can help with injury prevention and management – it is often used to keep the body in optimum condition to prevent injuries from occurring in the future, he says. And sports injuries respond particularly well to osteopathy.

“The aim of osteopathic treatment is to accelerate a child’s injury healing time, relieve pain and prevent the reoccurrence of injuries. By taking a full and comprehensive case history and examining the body’s structure and function, I would establish the source of the symptoms, as there may be other problem areas within the body that may be contributing to the injury. I may then use a combination of soft-tissue massage type techniques; gentle joint articulation and mobilisation, and, if indicated, joint manipulation.  Post-treatment, I would recommend specific exercises to do at home,” Aaron advises.

In the words of Greg, aerobic exercise makes kids stronger, smarter, and successful. It isn’t just good for toning muscle, it also primes the brain for learning. Kids with ADHD need plenty of exercise to release restless energy. We can help to ensure physical activity remains a part of every child’s daily routine.

For more enquiries or to book a consultation with Aaron, call 2523 7121 or email us here. 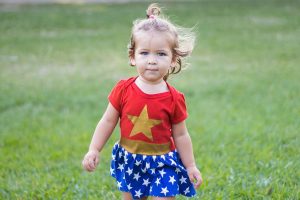 Wired differently: the superpowers that can change the world 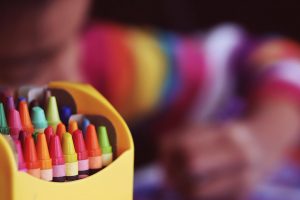