Why is confinement relevant today?

Traditional Chinese Medicine (TCM) takes a preventative approach and recommends that after giving birth, women should rest as much as possible, drink plenty of nourishing soups, and eat certain foods.

Some of you may have heard about the ancient Chinese custom of “confinement” or “Zuo Yuezi,” where mothers were told to stay indoors with their windows closed, their heads covered, and avoid bathing and washing their hair for a period of 30 days. They had to eat warm foods, drink confinement soups, and were not allowed to cry or shout for an entire cycle of the moon.

Sound a bit excessive, doesn’t it? But if you look at it in the context of early medicine, it all makes sense.

In those days, communicable diseases were so common that closing windows and refusing visitors was the best way to prevent mothers from getting sick. Essentially confinement was a primitive form of quarantine to prevent postpartum complications. It can be traced back to the Qing Dynasty (1644 – 1911) long before the development of modern medicine and the “germ” theory.

Nowadays, new mothers tend to leave hospital after a few days of giving birth and are inclined to resume a normal lifestyle soon after. We know how germs are spread and our living standards have markedly improved. Since we have access to hot water, filtered fluorinated water, hair dryers, soaps and disinfectants, we do not have to adhere strictly to all the above rules. So is confinement still relevant today?

It is important to point out that even in an uncomplicated labour there is still a significant loss of blood and energy for the mother. In this relatively depleted state a woman is more vulnerable to problems such as, infections, poor milk supply, depression, and prolonged bleeding.

It is essential for women to take more time to recover fully after childbirth. One reason why some women struggle to fall pregnant again is because they have not looked after themselves properly after childbirth. A “pampered” confinement will not only speed up recovery but also ensure a woman’s uterus is viable for another pregnancy. To take care of themselves and support a full recovery, women can continue the tradition, by simply drinking hot soups, taking tonic herbs, and staying indoors for as long as possible.

In Asia, there are a few modern postpartum recovery centres where new mothers can stay as long as they want.  In these centres, there are confinement nurses, who take charge of babies while their mothers sleep and stock up on warm foods such as, eggs, chicken, fish, black beans, mushrooms, red dates, leeks and eggplants. TCM practitioners prescribe a variety of herbs to hasten recovery and restore balance. Lactation consultants teach mothers how to breastfeed properly. The kitchens provide a continuous supply of nutritious chicken, fish or pork soups. (Click here for recipes of confinement soups) The skin and bones contained in the soup release beneficial constituents like collagen or calcium to promote healing and enrich the mother’s breast milk.


To make a booking or enquiry, contact reception on 2523 7121 or submit the enquiry e-form below. 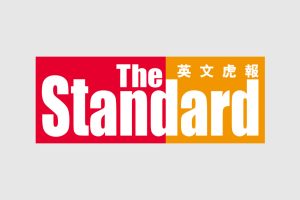 Beating neck and shoulder pain – an article featured in The Standard

Give your immunity a boost this winter! – an article featured in The Standard