Interview with Dr Benita Perch by Honeycombers.com – How stress affects mental health, especially in the workplace

A ridiculously high proportion of our time each week is spent at work, so it’s no wonder that the workplace can be one of the biggest stressors we encounter. Thankfully, Dr Benita Perch and her team at IMI are trying to combat this with their series of corporate wellness talks that aim to help people see red flags before things get out of hand

Mental health is a topic close to our heart here at Honeycombers. Recently, I shared an article on LinkedIn about being able to ask for mental health days at work without fear of repercussions, and it generated quite a discussion. One person who replied with some really interesting information was Dr Benita Perch, a naturopathic doctor and the head of Corporate Wellness at IMI here in Hong Kong. She’s doing some really interesting work with her team by taking a series of courses into large corporate settings so they can help as many people as possible combat stress in the workplace, and we sat down with her for a chat to find out more about the stress situation in Hong Kong.

Hi, Benita. It was so great to meet you over LinkedIn and now we’re sitting here chatting! Can you start by just telling us a bit more about IMI as a company for those who aren’t familiar?

Based here in Hong Kong, IMI is Asia’s largest integrated medical clinic with 30+ practitioners including naturopathic doctors, osteopaths, counsellors and psychologists, a medical doctor and a complementary therapist. The whole idea is integrated therapy, using the best of everything to get somebody better.

And what kind of changes have you seen in this area of late?

What’s been interesting is seeing the industry explode over the last 2-3 years. People are really starting to care about their wellbeing, and that’s where the corporate programme was born because I realised we were sitting and helping all these individuals, but a lot of them were struggling in the work environment they were in. One of my patients who worked for a law firm asked me to come and speak with her womens’ group and from that we realised we need to be talking to corporates directly. Talking to individuals is one thing but the only way we’re going to get change on any level is if the higher ups realise that they’re burning people out.

So what are the corporate programmes that you offer?

It’s a series of 10 talks that cover a range of topics, including mindfulness, sleep, stress, detox, and posture. There are so many parts to wellness, so we also include discussions around what food you’re eating to fuel yourself, what your support network is like and what your purpose is; we really try to give an overview of all the things that really matter so that you can notice any red flags in your mental health and stress levels.

Wow! I think it’s great that big corporate companies are bringing experts like you into the workplace to help their staff. To me, that’s a real investment. Are you seeing a number of companies get on board with this?

So, I’d say that it’s getting better and some companies are definitely putting money aside for wellness, but whether that’s just to tick a box – I’m not sure. I think it’s happening more in Europe and Australia, and in Hong Kong it’s definitely starting, but we’re not seeing actions actually translate into peoples’ daily lives yet.

So what would have to happen for people to see changes then?

I think it’s just perception really shifting and people understanding that mental health matters, wellness matters, and also grasping the concept that if you let people look after themselves, they’re actually going to do a better job and achieve more. The research is there, it doesn’t make any sense to push people to have all nighters because that’s when they’re going to make mistakes. The problem is that in many company cultures, in Hong Kong especially, it’s still glorified and hero-worshipped to do these long nights.

Are you seeing similar problems across these fields or are there different problems cropping up in different industries?

It’s all the same. We’ve worked with law firms, finance companies, some of the big airlines, and it’s all the same. People are really interested in practical tips that they can do to be better at balancing their life and to integrate into their lives without having to leave and go on sabbatical for three months.

Actually, it’s all very simple stuff, and stuff we all know, but sometimes we just need reminding. You know, things like: we need to sleep eight hours a night, and we need to keep hydrated throughout the day; it’s the little things that tend to get lost in day-to-day life.

Another big one that I talk about with everyone, and in particular working mums, is mindfulness, meaning that whatever you are doing, you’re doing that thing 100%. If you’re eating with your kids, put your phone away and make sure you’re present with them; if you’re answering emails, that’s all you should be focussed on – these kinds of small things really add up to a healthier, more balanced life.

What about the differences between men and women?

What I actually find really interesting is the differences in age groups between men and women. My practice is still predominantly women and children, but I do treat quite a lot of males too, and I find there’s sort of a cut off point around 40 where many men above that age tend to close down to the concept of wellness and think it’s all a bit ‘woo-woo’. But guys in their 20s-30s are really into it.

For women, it’s those over 50 who are more conservative and less likely to get on board. But it’s the women under 50 who are suffering the most, as they’re trying to do everything: run a family, work and keep everything going, so they’re burning out in a different way to which the men are. They suffer from a lot more anxiety, insomnia, and then hormone things start to happen, maybe thyroid issues, and menopause.

Where for the men it’s more often that they’re not looking after themselves well by drinking too much and not sleeping well. Men often have to actually hit a wall to realise there’s something wrong.

So how do we get people to recognise there may be a problem earlier?

With these talks we do chat a lot about red flags, and the major ones are insomnia, which people will often simply treat by just going to the doctor and getting sleeping pills, but that’s not a long term cure, or alcohol–people drinking too much to cope with stress, and even things like not going to the bathroom every day or women with PMS issues can be subtle signs that things are not good.

People come to see me with a gut issue or a thyroid issue, but 90% of the time, the underlying issue is actually stress.

Work is definitely a big factor when it comes to stress. I’d love to hear your thoughts on work flexibility?

There’s a lot to say about changing the 5-day/8-hour structure that we tend to adhere to now. One of my big things is having hour-and-a-half lunches so people can actually do their exercise. Especially for women, it’s really difficult to fit in exercise with kids, but people will come back to the office more energised.

Allowing a day per week working from home is another idea which I think is getting more popular. But one thing that I think is really important is for companies to be setting boundaries around working after hours, including answering emails or taking calls. The person in charge needs to lead by example and show that work gets done between work hours so people can actually have a life and enjoy hobbies, and time with friends and family.

Another thing that is also really important, yet often overlooked is the way that people talk to each other. I have so many patients where it’s not the work or even the hours that gives them stress, the reason they are miserable or stressed out is because there’s a person in their team or one of their bosses who doesn’t respect them or treat them well. Usually it will be because that person is stressed out themselves, so if you look after your mental health and well being you’ll treat others better too. At the end of the day we just want good human beings who treat people with respect, right? 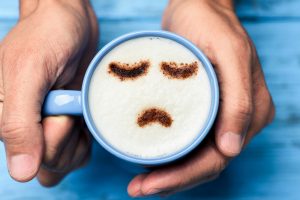 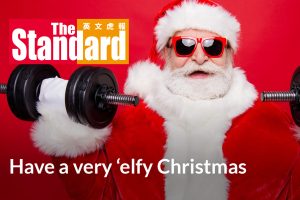 Have a very ‘elfy Christmas – an article featured in The Standard