Depression hurts. It’s the ‘black dog’ of the night that robs you of joy, the unquiet mind that keeps you awake. It’s a noonday demon that only you can see, the darkness visible only to you.

Over the past two weeks most of us have been given or received the greeting, “Happy New Year” and we see the New Year as an opportunity – a blank page – on which we can write our dreams, hopes, and aspirations, and in which we can reach our goals for self, our relationships and our work.

But what if it is not like that for you? For many, entering into a new year may not be exactly happy. You may instead feel a sense of confusion, loss, hopelessness and a longing for happiness that eludes you. In short, you feel depressed.

It is not uncommon to feel depressed this at this time of year. Seasonal Affective Disorder (SAD) is characterised with feelings of irritability, sadness and depression during the winter months but do not experience these feelings significantly during the rest of the year. Some people feel overwhelmed by the fact that the holiday visits with loved ones has come to an end, that there’s less interaction with friends and family, and the starkness in the house after all the festive decorations have been taken down.

If you feel this way, don’t despair! There is a lot you can do about it to make the new year a happy year for you.

Depression is debilitating and causes oppressive symptoms that are mentally, physically, and emotionally draining. If you have been depressed once and haven’t properly identified the triggers it tends to return. You may feel you’re unable to find lasting happiness, that you are not good enough, that you are a failure, and these thoughts are likely to go around and around in your head without resolution that you end up feeling worse and convinced there is something wrong with you.

But what if there is nothing “wrong” with you at all. What if your struggles to fix what is wrong merely pulls you deeper into the quicksand. When you focus on the depression you lose touch with other aspects of your self, your intelligence, that you end up digging yourself in deeper!

This reaction to depression is what does the damage. Every time you get depressed, the connections in the brain between mood, thought, the body and behaviour get stronger, making it easier for depression to be triggered again.

The recent discovery of MRI (functional magnetic resonance imaging) scanning has enabled changing patterns in brain activity to be monitored. This has offered a radically new understanding of what feeds depression and chronic unhappiness, and what causes movement from depression towards happiness.

Depression is a wake up call that your life is out of balance. That you need to find another way to lead it. There are proactive steps you can take to address the issues both physically and emotionally, externally and internally that are contributing to the imbalance and feeding the depression.

If you are feeling depressed we recommend a holistic approach, which focuses on treating your whole self: mind and body. For example, a naturopathic doctor will look at your diet because they understand that what you eat affects your mood. There are specific vitamins and nutrients in food that are known to have a positive effect on depression, such as omega-3 fatty acids, folate and vitamin B12. A naturopathic doctor will look at any nutrient deficiencies and any hormone imbalances and put together a treatment plan to help you start feeling your best.

“Natural medicines can be used instead of conventional medications, or alongside as well and often can help patient get off longtime use of anti-depressants,” says naturopathic physician, Dr Benita Perch (ND). Dr Perch recalls a case in which natural medicine helped a patient with serious depression to shift the dark period in a relative short time.

“Doug came in to see me having previously suffered from two major depressive episodes and was hospitalised on both occasions because  he was suicidal. He knew he was going down that road again and wanted to prevent ending up in the same place. His symptoms included being very stressed, headaches, not sleeping well and obsessing about work. He was also extremely hard on himself and disappointed that he had got into this depressed position again. Doug was already taking omega 3 fatty acids and a multivitamin when I started him on a homeopathic remedy and St John’s Wort,” says Dr Perch. “I also referred him for counselling.”

“One week later, his energy, headaches and perception were a little better. However, three weeks later Doug received really bad news about his job and the anxiety and depression worsened. But as is the nature of homeopathic treatment Dr Perch was able to switch him to a different remedy. I kept him on the hypericum and put him on a natural formula for anxiety containing GABA and some anxiolytic herbs. On follow-up, two weeks later, Doug was significantly better, so we kept with it. But a month later he had slipped so we increased the potency of the remedy. Doug was also in the process of making huge shifts in his work situation and planning on leaving Hong Kong to go back to his home country. On his final visit, one month later, Doug was doing really well on the higher potency of the remedy and was positive about his future. His anxiety was manageable and he was no longer having depressed or suicidal thoughts. He remained on the meds and was left to contact me if he needed anything.”

Mind treatments for depression include:

Counselling – talking through your issues with a mental health professional is important step in recovery; someone empathic who can help you kindle hope, possibility, and perspective on your life and help you to reconnect with what has worked well for you in the past, so that you can walk confidently towards the future, knowing, “I can”.

Psychotherapy – or sometimes called talk therapy helps you figure out what’s causing your depression,  the healing is deeper, addressing underlying psychological patterns set up in previous relationships, childhood, even in utero.

Mindfulness Practices – involve changing our relationship to our thoughts, enabling us to sidestep the mental habits that lead to despair.

Both mindfulness practices and positive psychology have shown to be clinically effective in depression and to cut the risk of relapse in those who have suffered from multiple episodes of depression. These interventions have shown relief from depressive symptoms for 6 -12 months and deliver higher than normal remission rates. Both involve meditative practices, encourages the cultivation of attitudes of patience, compassion for yourself, open mindedness and gentle persistence. Both build resilience to face life’s challenges head on. Treatment will also include exercises, with with  initial guidance from your therapist that you can learn to do on your own. You can feel better. Remember you do not have to deal with depression on your own. We are here to help. generate and maintain happiness and no longer need to be debilitated by depression.

You can feel better!

Catriona Rogers works with clients and their issues using strengths based approaches such as Appreciative Inquiry, Positive Psychology and has recently successfully piloted the first Mindfulness Based Strengths Practice (MBSP) in Hong Kong.

Call 2523 7121 or fill in this enquiry e-form if you would like to make an appointment with Catriona Rogers or Dr Benita Perch. 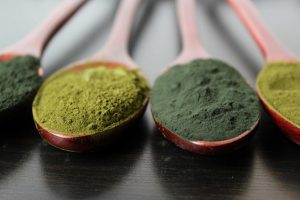 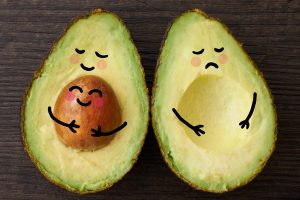