If I asked you which of these vitamins was found naturally in food, folate or folic acid, would you know the answer?

If not, you’re in good company.

Medical professionals, nutrition experts, and health practitioners frequently mix up the two, simply because the terms are often used interchangeably. They are not the same, however.

Folate is the natural form of this nutrient found in foods. Human exposure to folic acid was non-existent until its chemical synthesis in 1943. Food fortification was deemed mandatory in the USA due to overwhelming evidence for the protective effect of folic acid supplementation before conception and during early pregnancy on the development of neural tube defects (NTD) in newborns..

Deficiency had been reported to be the most common, owing to absence of green vegetables or lentils in the average diet.

While folic acid is often considered to be a supplemental form of folate, there is an important distinction between these two different compounds, folic acid doesn’t always work and indeed for some it may even be harmful.

This is because of a genetic variation known as “MTHFR 677 C>T variant genotypes” that affects about 45% of all women. Only folate works properly for those who have these genotypes. Natural folate—not folic acid—is the sure way to be protecting your unborn child from folate deficiency symptoms.

Folate (the natural form) has some very important functions and because it is necessary during rapid cell division and growth in pregnancy, the need for dietary folates doubles for mums-to-be.

Folate deficiency is associated with such conditions as:

It was shown that the association between folic acid and reduced Austsm risk was strongest for mothers and children with MTHFR 677 C>T variant genotypes. These are the mothers who would have done even better had their supplement been folate, not folic acid as it is easier for the body to use by all genotypes.

How Much Folate Is Ideal?

Folate technically is called 5 MTHFR for Methyl-tetra-hydra-folate, and some supplement brands list this.

Before and during pregnancy, IMI recommends 600-1000 mcg of folate as 5-MTHFR. Take care not to overdose: toomuch folate or folic acid is possibly harmful.

Also consider to monitor blood folate and vitamin B12 levels to be in the upper normal range, but not excess to normal range. Excesses of B12 or folic acid may be associated with increased autism—as reported from a Boston study in The FASEB Journal April 2016 vol.30 no.1 Supplement 151.6.

It is therefore important to keep blood levels of these vitamins within the normal range. 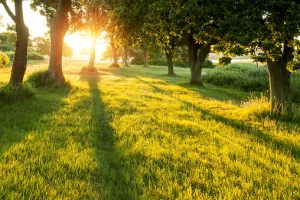