As women our most complicated functions are controlled by specific glands, which send chemical messengers to activate and control growth, weight, body temperature, sexual and reproductive activity, immunity, energy and stress levels.

Every month, we undergo a menstrual cycle. For some women, however, this is something to be endured.

It is not uncommon for young women to have problems with irregular or painful menstrual cycles at the beginning of their fertility, the menarche. Also older women suffer as these hormones tail-off towards the end of their reproductive life: the menopause.

A menstrual cycle can trigger: headaches, backaches, cramps and even mood swings, and for some women their bleeding is so heavy that they can’t get out of bed! As women, we often suffer in silence, accepting that painful periods or night sweats are part of the norm and must be accepted.

I have been practicing Homeopathy since 1993 and seen first-hand the profound relief homeopathic remedies have had on women with menstrual issues.

A safe and effective alternative to conventional medicine

Homeopathy is practiced clinically by a wide range of healthcare practitioners: medical doctors, naturopaths, homeopaths, osteopaths, as well as midwives. It is a gentle way of treating health conditions and takes into account the patient’s unique symptom profile before prescribing a remedy. You can read this article [add link to “little white balls article] if you want to find out more about homeopathy and the remedies.

Homeopathy treats the whole woman – physically, mentally, and emotionally and is an effective and safe alternative to standard pain relief and hormonal medication. Over the years I have treated many women, of all ages, suffering from a variety of problems: period pain, irregular or absent menses, ovarian cysts, endometriosis, infertility, night sweats, and associated emotional issues.

One of my client’s, a woman in her late twenties, had a history of uterine fibroids and heavy and intermittent bleeding during and after her menses. These symptoms were causing her increased discomfort, fatigue, and started to affect her ability to work. She somehow managed to get through each monthly cycle with increasing doses of painkillers but these did not help with the heavy bleeding or the bloating. She had regular check-ups with her gynaecologist regarding her hormone levels, which interestingly were normal.

After several months of homeopathic treatment: Magnesium phosphoricum, Lycopodium, Pulsatilla, Sepia for the acute pain and for the regulation of periods. My client’s monthly cycle improved considerable that she had little pain and no heavy bleeding. As a result, she had no need for standard pain relief or further medical intervention. The fibroids did not enlarge, her digestion improved, and she was able to lead a normal life.

Another client of mine, in her mid 40’s, sought help for her increasingly volatile mood swings. Her menstrual cycle had begun to change early and the time between her periods lengthening and experienced some spotting between them. At the same time, she was suffering from intense moments of hot flushes, which were increasing in severity. On top of all this, she felt that her anger was getting out of control, resulting in feelings of guilt and failure, made worse she felt, by alcohol. Though not a heavy drinker she acknowledged she was more likely to lose her temper after a night out. I saw a loquacious, open, fun-loving woman whose changing hormones were fuelling her anger and despondency.

Within a few months of treatment with Homeopathic Lachesis, my client was able to report that the flushes were less frequent and intense and she felt calmer with fewer angry outbursts. She had also limited the amount of wine she consumed. A few months on she was back to her former self, her periods had returned to normal and life had become stable and optimistic once more.

Homeopathy however, does not offer one special remedy for all period complaints, which is why consultations are necessary. At IMI we treat women as a whole and promote good immune function and uterine health. We individualise the treatment plan based on a comprehensive client evaluation.  We also have a large pharmacology of remedies from which to select the correct remedy for each individual client.

Mina Weight is a registered homeopath. She has a wide experience of treating menstrual and menopausal symptoms as well as mental and emotional problems: chronic anxiety, dietary disorders and stress related illnesses. To book a consultation with Mina, call 2523 7121 or fill in this enquiry e-form. 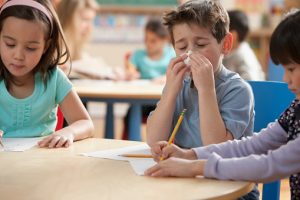 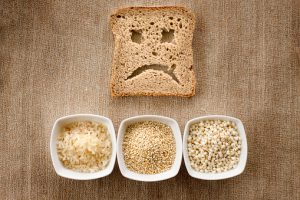