About this time of year at IMI, we start to see more cases of colds, coughs, flu and other illnesses that become increasingly common over the winter months. Living in Hong Kong, and the combined factors of pollution, a dense population, stressful living, rapid weather changes and the overuse of medications can leave children susceptible to illnesses.

Antibiotics are a common prescription and although effective at killing off some bacteria they are of no use against viruses.

Did you also know that antibiotics compromise our immunity because they wipe out the good flora in the intestines, which forms an integral part of our immune system? While your child may seem to get better with each course of antibiotics, his or her immune system actually becomes weaker making it more likely that they will pick up the next bug at school or in the playground. Then you find yourself in the vicious cycle of reaching for more antibiotics to overcome the next infection. Research has also shown that infections recur two to three times more often after antibiotic treatments.

Antibiotic resistance has become an increasing concern with the overuse of antibiotics. Margaret Chan, Director-General of The World Health Organization, warned in 2015 of a global health crisis from antibiotic resistance from which we could be facing the “end of modern medicine as we know it.”

In natural medicine most illnesses can effectively be treated with herbal medicine, homeopathy, and good quality nutritional supplements without compromising our body’s immunity and causing antibiotic resistance.

Natural medicine is often associated with treating chronic conditions but if used correctly, it can also offer powerful and effective treatments for acute illnesses. At IMI, we make individual diagnosis of your child’s presenting symptoms; we consider their history including root causes, to support your child’s system to overcome the acute illness and prevent it re-occurring. Some of these root causes may include food intolerances, which can lead to weakened immunity. As well as identifying root causes, boosting their natural immunity is also supported by the use of potent medicinal herbs, clinical grade supplements including, vitamin D, fish oils and many more.

>As well as supplementation, therapies such as osteopathy can be incredibly effective for supporting recovery and healing. Even if your child has a simple cold or cough, gentle techniques can help to support their lymphatic and respiratory system, alleviating symptoms and speeding their recovery. Homeopathy is also another excellent modality to treat acute conditions, to which children respond exceptionally well too.

To rebuild your child’s immunity, natural treatments is prescribed on individual needs, treating each patient’s unique symptoms (and their constitution and history). This is far better than over-the-counter preparations, which are often less effective and can often be a waste of money. The frequency, dosage and quality of the remedies are all important when treating acute illnesses. Dr Benita Perch shares an example of how this approach can support the child’s whole system, as in the case of 8 year-old Jake.

Jake’s mom brought him to see me after he came down with yet another chest infection and she did not want him to endure another course of antibiotics. Jake had a chronic bronchial infection and low immunity. She also felt that his mood and behaviour was affected from being sick so often. I prescribed a homeopathic remedy specific for Jake’s condition as well as probiotics, fish oil, zinc and gastro-intestinal (GI) repair formula, to rebuild his immunity and heal the intestinal lining. To treat the acute infection, NAC (N-acetyl cysteine, a supplement made from amino acid cysteine), a strong herbal tincture and vitamin C were prescribed. On the dietary front I recommended removing dairy from his diet.

Three weeks later, Jake’s health had improved with no sign of the chest infection and he was more active again. I continued to see Jake over the next few months and his immunity and emotional health continued to improve and he improved emotionally and physically. If he did pick up a cold it was treated quickly with natural medications. His mum says he is doing great and has not been sick for months. He is even back to being able to have dairy occasionally.”

A strong immune system is vital for children, not only in defending against common infections and diseases but to support them through the key stages of growth and development. Having a balanced diet is very important to building long-term immunity. However, with deteriorating soil quality, imported foods, and the added environmental stressors of living in a city such as Hong Kong, it is very difficult to achieve adequate nutrients from the diet alone. Good quality supplements are fast becoming a necessity to build a strong immune system.

As mentioned, if you are unsure which of these your child would most benefit from, it is best to book a consultation with a professional naturopathic physician who can offer individualised guidance and advice.

For more information and bookings, call 2523 7121 or submit this enquiry e-form.

Could the foods you crave be making you ill? 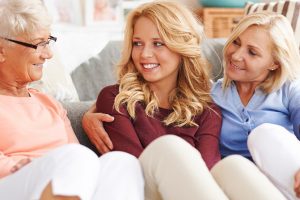