A natural therapy for morning sickness

As a Traditional Chinese Medicine (TCM) practitioner, people often ask me whether TCM is safe during pregnancy.

When TCM is administered by a qualified practitioner, it is not “only” safe but “highly” effective in supporting women’s health, especially during pregnancy and after childbirth. For centuries, TCM have been used to relieve symptoms and provide support to both the mother and the baby.

While pharmaceutical drugs are usually not recommended during pregnancy because they can cross the placenta and affect the developing baby, TCM however, is a safer, less stressful option in treating all sorts of conditions, from morning sickness, headaches, repeated miscarriage, back pain to even breech babies.

Let’s take a look at morning sickness, one of the most common conditions during the early stage of pregnancy. Not too long ago, Yvonne, a 37-year-old, 7-week pregnant woman, came to me complaining of morning sickness.

This was her third pregnancy as she had a recently suffered with a miscarriage. She was not only feeling anxious about losing this baby but that she was feeling sick “all day”. Although she felt relief by eating, such relief was short-lived. She was craving junk food and it was concerning her. She was also suffering from headaches, fatigue and some abdominal cramping. When I first saw her, she looked pale.

In TCM, morning sickness is due to an imbalance in the liver and/or the stomach, leading to either a mild or severe form of nausea. The main principle in treating any kind of morning sickness is to harmonize the stomach and liver so that the nausea and vomiting can be stopped. On the other hand, preventing miscarriage generally involves ensuring a good blood flow to the growing embryo and calming the uterus.

Many people believe pregnant women should put up with nausea but this does not have to be the case, especially if it is debilitating!

Morning sickness can be treated using acupuncture at least to a point where women can get on with their lives without feeling so lousy.

Acupuncture is a form of treatment that involves inserting very fine needles into specific areas of the body. It does not hurt and is safe to use during pregnancy. For Yvonne, we recommended 5 treatments twice a week.

After her first treatment Yvonne was feeling significantly better and she was surprised to find that she now preferred to eat vegetables. After her third treatment she had only one bad day and her headaches had subsided.

Although Yvonne was already feeling a lot better after her fifth treatment, we decided to carry on with acupuncture on a weekly basis until she was in her 13-week. At this point she was feeling happy and secure about the pregnancy.

TCM is not only good for relieving morning sickness, anxiety, sleeplessness, heartburn and headaches, it can also prepare women for labour. Many women want to deliver their babies on time, as naturally as possible and with less pain. Here is an article about preparing for labour and using moxibustion to turn a breech baby.

To make a booking or enquiry, contact reception on 2523 7121 or submit the enquiry e-form below. 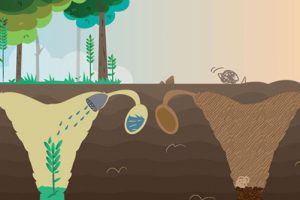 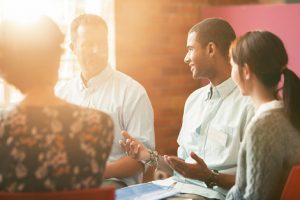 Depression and anxiety: you don’t need to suffer in silence or alone