A glance out of the window and you often have an idea of how clean the air is, or not, as is often the case in Hong Kong. Actually pollutants are in the air we breathe, the water we drink, the food we eat, the products we use, and the building materials that surround us every day. Pollutants can and do cause many problems that impact our health and wellbeing, and yet there are precautions we can take, and positive steps we can make to reduce the impact of pollution. In this article we focus on air pollution, and in our accompanying article, we focus on minimizing toxic exposure in the home.

Living in Hong Kong makes us particularly vulnerable to pollution in the air as it becomes trapped between the city’s numerous high-rises, infiltrating our homes, offices, and schools. According to the Hong Kong Medical Association, an Air Pollution Index (API) reading of 150 is not only bad for the sick, it is bad for everyone. Making matters worse, Hong Kong’s air quality objective for particulates is actually 180. By contrast, the World Health Organization’s recommended API objective is 50.

A recent study conducted in Hong Kong found a clear link between air pollution and public health, specifically that it causes discomfort and illness in children and adults. The study stated that between January 1995 to June 1997, air pollution control could have helped prevent the deaths of 1,600 people in Hong Kong, saved 64,000 hospital “bed days” and 6.8 million family doctor visits.1 “Since 1995, there are twice as many “bad-air days”, says Graeme Bradshaw. Using the WHO recommendation, we only get about 50 safe air days per year in Hong Kong.”

Many IMI clients complain of increased respiratory and allergy-like symptoms, as well as a drop in their overall energy levels on the high API days. An increasing number of our clients have reported that their problems from pollution were so severe, they were considering leaving Hong Kong. There are many benefits to living in Hong Kong, but pollution is commonly mentioned as one of the major concerns.

“In my clinical practice at IMI, I often find that patients with more severe intolerance to the air pollution have low levels of a detoxification enzyme called glutathione,” says IMI’s Founding Director Graeme Bradshaw. “I usually help to improve their detoxification ability by boosting their glutathione levels with 1,000 mg of Vitamin C Food Complex and 500 to 1,000 mg of N-Acetyl Cysteine (NAC). Sometimes a patient will also need some extra grape seed extract if they have asthma or allergic symptoms as well. Over the years for many patients who were thinking of leaving the city because of pollution, this type of combination has enabled them to manage the problem very well.”

In addition to the supplements mentioned above by Graeme, here are some other steps he recommends that you can take to protect your family from air pollution:

1. Invest in an effective High Efficiency Particulate Arresting (HEPA) air filter, one that has second carbon filter in the unit. HEPA filters remove the small particles, while the carbon filter removes airborne chemical pollutants called Volatile Organic Compounds (VOCs). It is important to note that many ‘air filters’ on the market do not work sufficiently to reduce those smaller, highly toxic particles. Prior to selecting your HEPA filter, please contact us to discuss your options. We may be able to arrange for an independent complimentary air quality assessment in your home.

2. Limit exercise during the afternoon when smog and pollution levels are highest. Endurance running outdoors in Hong Kong is not good for your health due to the high particle load inhaled during a long run. “For those who are keen on endurance running, I often have to support their health by supporting their detoxification capacity and increasing their anti-oxidant levels”, says Graeme.

3. Read our accompanying article How to Minimise Toxic Exposures to find out how you can make smarter choices about what you ingest – including our advice about where you source your food from; minimizing toxic chemicals in the home, including volatile organic compounds (found in everything from paints to soft furnishings and toys), ways to minimize mould, dust-mites; wise choices of cleaning products and the effective ways to filter your water. 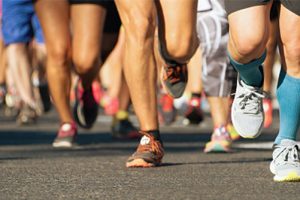 Homeopathy for athletes and sports enthusiasts 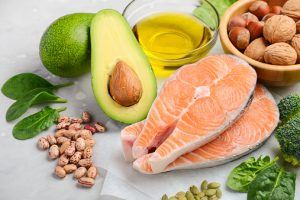