Over six percent of children and adolescents are affected by ADHD in Hong Kong, according to the largest ADHD study ever published. Year-on-year, the numbers are rising. Since 2001, the use of ADHD medications in young Hong Kongers increased 36 times. In 2001, 1 in 2,500 children were on ADHD medication compared to 1 in every 69 children in 2015.

Inattentive. Hyperactive. Impulsive. Talkative. Easily distracted. Forgetful. These are the signs that might prompt a teacher to suggest a child seek a diagnosis. In light of these symptoms, a doctor may prescribe Ritalin or a similar stimulant drug to suppress ADHD-like traits. Why? Because scientists have observed a link between symptoms of ADHD and lower levels of dopamine – the neurotransmitter associated with motivation, pleasure, attention, and movement. Ritalin artificially increases dopamine levels.

However, scientists have yet to unearth the exact cause of ADHD. Genetics is known to be a significant factor. Environmental factors are important contributing triggers too. Stimulant drugs, whilst effective for up to two-thirds of people, do not address these factors. They come with a long list of side effects from mood swings and headaches to worrying risk of suicidal ideation, and the long-term impact is still unknown. It’s no wonder that Ritalin has a black box warning: the most serious warning from the US Food and Drug Administration (FDA).

Medication does not have to be your first port of call. Instead, it can be your last resort.

In our 25 years’ clinical experience, we’ve observed, with the proper tools in place, the symptoms of ADHD can be managed drug-free in all but 15% of cases. Our observations are backed by a plethora of global research.

Here are six approaches we use to counteract the nutritional and environmental factors scientifically linked to ADHD, and unstable moods and concentration challenges in all children.

A staggering 30% of students in Hong Kong skip breakfast. Research shows that students who eat breakfast every day perform better academically than their counterparts who skipped breakfast. Improved memory, concentration levels, behaviour, mood and lowered stress levels have also been linked to a healthy breakfast.

Graeme Bradshaw, IMI’s Senior Naturopath and Founding Director explains, “Our brains need glucose to function. Although fat reserves can be called on, breakfast typically restores glucose levels before children start their day at school. When kids skip on breakfast, they can experience functional hypoglycaemia, also known as low blood sugar. This increases adrenalin, and reduces dopamine and serotonin. The effects: irritability, argumentativeness, lack of concentration, anxiety, mood swings and headaches.”

We can’t emphasise this enough: Bring kids back to the breakfast table!

Not just any breakfast will do. Breakfast cereals – even seemingly harmless cornflakes and rice crispies – have an extremely high glycemic index, which means your child is basically eating spoonfuls of pure sugar. Quickly absorbed by the body, cereals cause a rapid peak in blood sugar levels, which the body responds to by releasing excess insulin. Blood sugar levels drop dramatically about an hour later and, by the end of the first lesson, the offending cereal results in low blood sugar. The hungry brain searches for more sugar encouraging children to reach for a sweet snack at recess. The rollercoaster of blood sugar highs and lows continues throughout the day affecting mood, behaviour and concentration.

On multiple occasions, we have determined that children who supposedly have ADHD are actually sensitive to low blood sugar levels. What they have is ‘functional hypoglycaemia’, which triggers irritability, poor concentration, anxiety and low energy when the brain isn’t nourished appropriately.

Start the day the right way: oats, eggs (a vital source of choline for brain growth), unrefined breads, fish, vegetables, fruits, nuts and seeds are all brain-boosting foods that release energy slowly and regulate blood sugar levels. And for the rest of the day, steer clear of refined sugars. White bread, crisps, white rice, brown rice cakes, rice bubbles and white potatoes are all high-glycemic. In fact, they are often more sugary than sugar!

“Removing sugar, sodas, or white-flour junk food from the diet is often the only thing needed in this situation, along with supplements that help balance blood sugar,” Dr Benita Perch, IMI’s Managing Director and Naturopathic Physician advises.

3. Say no to additives

Multiple studies indicate that food additives are a trigger for children that are genetically predisposed to hyperactivity. In fact, over 70% of children with ADHD are proven to benefit from an additive-free diet. Even children who do not have ADHD become restless when they consume many types of food colourings and preservatives.

Food intolerances, such as to gluten and dairy, can cause low-grade inflammation in the body and the brain, so it’s important to identify these hidden culprits as well.

Test for the truth: The IgG test for food intolerances, available at IMI, is a simple finger-prick blood test that can identify antibody reactions to a comprehensive range of foods.

4. Nourish your neurons with nutrients

Modern-style diets cause mayhem for the brain. As discussed, processed foods behave like sugars, often starving the brain of essential nutrients and upsetting its balance. In white bread and pasta, 80% of the natural magnesium and zinc – both essential for brain function – are removed during the refining process. In some cases, genetics is the critical factor contributing to ADHD: the body may be lacking nutrients critical for the brain and body to function well. Deficiencies in critical nutrients – due to genetics, dietary choices or both – can cause multiple physical and mental symptoms. Tiredness. Irritability. Aggression. Emotional disorders. Cravings. Insomnia and more.

Supplements of Omega 3 fatty acids, Zinc and Magnesium are now well proven to reduce ADHD-symptoms when taken over several months.

Boost your child’s brain: we can test for nutrient deficiencies – magnesium, iron, calcium, zinc, essential fatty acids and more. “With the right supplements taken daily, a significant percentage of clients with ADHD are able to stop taking Ritalin or other stimulant drugs within months,” Dr Benita explains.

The gut and brain are inextricably linked. There is no denying an upset tummy upsets the mood and mind. Bloating, stomach pain, irregular bowels and more – these are common signs the gut biology is unbalanced. Once the good probiotic gut flora is reduced, gut immunity is impaired, and the child becomes prone to Candida, Clostridium or other bacterial overgrowth.

These infections produce high levels of toxins, which can impair the brain. Clostridium toxins, which interfere with dopamine levels, learning and psychology, tends to create a hyperactive effect. Candida toxins typically produce a ‘dreamy’ effect – poor focus and concentration (ADD).

Other bacterial gut infections cause a mild inflammation, which affect the brain and lower serotonin. Children can become worried and fussy, rigid, disliking change and prone to developing little rituals and compulsions – a mild obsessive-compulsive behaviour pattern found in some ADHD children with gut problems.

We offer a range of tests to identify the presence of yeast or bacterial overgrowth in the gut, brain inflammation, and pollution load. To complete the range, only one urine sample is required.

Armed with the facts, our naturopaths can devise a personalised plan to bring your child’s gut health and detoxification system back in balance. Naturopathic supplements. Personalised herbs. Dietary changes. Detoxification. Lifestyle tweaks and more.

Did you know newborn babies – before a single breath – have measurable amounts of up to 200 known or suspected developmental neurotoxins? This is especially relevant in Hong Kong given our poor environmental quality and exposure to heavy metals.

The levels of organophosphate pesticides sprayed routinely onto commercial crops is a commonly established environmental cause of ADHD. The levels found in the blood or urine of children correlate to the severity of ADHD symptoms – increased anger and oppositional tendencies, more impaired reflexes such as poor hand-eye coordination and psychomotor development, and less physical and mental endurance.

“There’s a stark and obvious contrast in energy levels of children impacted by pesticides and children that are not. But pesticide-affected children are not ‘lazy’; they’re simply too polluted to function properly at the cellular level. I regularly see oppositional boys become cooperative and energetic following a pesticide or heavy metals detoxification program. It’s rewarding to see the rapid maturing of the youngster’s brain once the pollutants are removed. Over the months of the detox programme, children begin to converse with good eye contact, more confidence and calmness,” enthuses Graeme reflecting on several successful recent cases.

Take out toxins: Through simple, yet comprehensive testing, we can identify the toxins affecting your child’s brain. It is shocking how often toxins are the cause of ADHD.

We’ve worked hand-in-hand with thousands of differently wired children to bolster their strengths and overcome environmental and genetic challenges. If you’d like personalized support for your child, please schedule an appointment with one of our naturopaths. Call 2523 7121 or connect with us here. 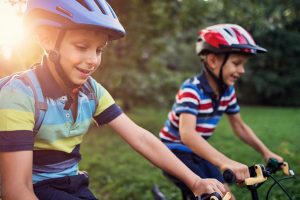 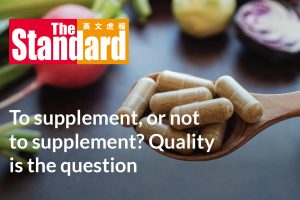 To supplement, or not to supplement? Quality is the question – an article featured in The Standard