Holistic Health: IMI On The Pros Of Naturopathic Medicine – an article featured in CompareRetreats.com

Holistic Health: IMI On The Pros Of Naturopathic Medicine

(This article is referenced from https://magazine.compareretreats.com/holistic-health-imi-on-the-pros-of-naturopathic-medicine/)

There’s a lot of mistrust in modern life, from news sources to politicians, and this feeling has filtered into medicine too: the New York Times reported last year that only 34% of Americans trust medical experts. This is where alternative therapies and holistic wellness are filling the gap, with an increasing interest in practices like yoga and aromatherapy which improve lifestyles rather than fixing the symptoms.

While these alternative therapies are often dismissed in modern medicine, the wellness movement has shone a light on the benefits of preventative rather than curative health, as well as treating the root cause rather than the symptom. Naturopathy, the practice of natural medicine, has seen a resurgence in recent years as well as greater acceptance among the medical community. Hong Kong’s largest natural medicine centre, Integrated Medicine Institute (IMI), has offered holistic services for nearly 30 years, employing a team of more than 35 health experts including naturopathic physicians, homoeopaths, medical doctors, clinical nutritionists, traditional Chinese medicine (TCM) practitioners, osteopaths, chiropractors, counsellors and psychologists. 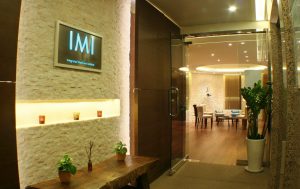 For complete newbies: what is naturopathy and what does it have to do with wellness? Naturopathic doctors are are the GPs of natural medicine. We treat everything from colds and flu to rheumatoid arthritis, ADHD, chronic stress, IBS, women’s hormonal issue… We fulfil the GP-role within the alternative world, helping patients with whatever testing and treatment they need.

How did IMI evolve? Graeme qualified as a Naturopath in Australia 35 years ago and set up a practice in Hong Kong in the 90s. He was one of the first Naturopaths in Hong Kong at the time. It became IMI around 2001, and we’ve now got some 35 practitioners and 2,500-square-foot of space.

How does naturopathy differ from Western medical practices? We always looking for the root causes and how to rebalance as opposed to treating just the symptoms—removing the cause is the primary objective, and we achieve that through a variety of diet and lifestyle changes. We use a combination of botanical medicines, the western tradition as opposed to the Chinese tradition. Some of us use homoeopathy, and nutrition is a big focus: obviously both dietary change but also clinical nutrition where supplementation is sometimes necessary for deficiencies. A lot of what we do is also counselling and lifestyle consultations, but we can refer out to psychologists if it goes beyond that.

To give you an example, a let’s look at a common issue like eczema. The GP or dermatologist will give you a cream that manages the system and controls the symptom. What naturopathy looks at is the gut flora, infections in the body, allergy testing, vitamin deficiencies, diet. We rule out items one by one, to eliminate the causes and the toxins in the body that are causing the issue. 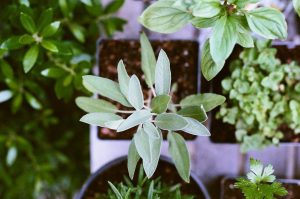 When would someone see a naturopathic doctor instead of their own medical GP? It’s a combination of being referred by their GP or not having found the answer that they want with their GP. Ten years ago, it was usually because they hadn’t got any answers anywhere else and naturopathy was ‘the last step’. It still can be like that for some patients, but increasingly the medical community in Hong Kong has become much more open-minded and we now get patients referred by their GPs for problems better solved by natural medicine.

Often, especially in Hong Kong, people tend to have both naturopaths and medical practitioner, because the nature of insurance here makes that more accessible. Elsewhere, like Australia or the USA, a lot of people use their naturopathic doctor as their GP.

Naturopathy places much more importance on doctor-patient relationships. Why is this, and what effect does it have? About 30% of any medical treatment is the placebo effect, which can increase if you’ve got a good relationship with the patient. For the first appointment with a patient, we typically spend between 60 and 70 minutes, and follow-up visits are between 30 and 40 minutes. It’ll often be in that last five minutes when you think you’ve got all of the information, and suddenly the patient comes out with, “And this all started when I lost X, or my relationship became…” With short appointments in the regular medical community, there is no space for people to really get there and give the full picture. There’s a lot more listening, and the treatment course is much more individualised.

What has been the most surprising thing you’ve learnt during your time in naturopathy? People are very interested in preventative wellness. We’ve noticed a lot of feedback that we get is that people are very interested in preventative therapies rather than reacting to things once they’ve already gone wrong. We’ve had an increased interest in DNA testing, which has shifted our perspective on so many of my cases: more often, we have somebody who comes in like, “Oh, you know, I really just want to stay well, what can I do?” We work with a DNA testing lab based in South Africa, who only test genes that you can do something about—what’s the point of getting the information if you can’t act on it? There’s a lot of controversy within the DNA-testing world, because there are some genes you don’t want to know about because if you know you can’t do anything about them—so that’s one of the big reasons we chose this lab, because you can be sure you can use the information and do something about it. 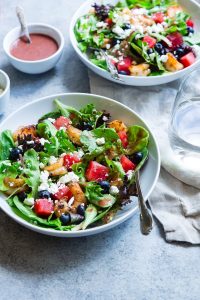 How much is health dependent on environment or lifestyle rather than genetics? We regard Genetics as the loaded gun, and it takes an environmental trigger to set it off. So when it comes to DNA, what you do or don’t do in terms of preventive measures is actually the critical factor. That’s why even with people who are genetically similar, like identical twins, they only have about 30% overlap of diseases. A quarter of ill-health might be about genetics, but 75% of it is to do with what you’re eating, whether you have an active lifestyle, stress, and so on. Environmental factors like long working hours, bad sleeping habits, pollution and poor diet have a much bigger impact on poor health.

What is the biggest misconception about naturopathy? A lot of people think we haven’t had proper training, that we’re quacks, and we don’t understand medicine. That does exist in this industry, and the problem with Naturopathy worldwide is there are no international standards. Depending on what country you studied in, you could be a naturopath that did a part-time or online course for a month, or like Benita, you could have completed four-years full-time in naturopathic medical school, after having completed a four-year undergraduate in nutrition. Those of us who are properly trained actually have a very strong foundation in understanding medicine and understanding drugs and knowing the interactions. A lot of the naturopathic concepts we’ve been talking about for decades, like gut health, are now being talked about traditional medicine because the research is catching up.

AUTHOR: REBECCA CAIRNS, EDITOR & CCO
HONG KONG-BASED REBECCA CAIRNS IS THE EDITOR FOR COMPARE RETREATS, AND HAS FORMERLY WRITTEN ON TRAVEL AND WELLNESS WITH HONG KONG TATLER AND THE CULTURE TRIP. AS A NASM-CERTIFIED PERSONAL TRAINER, BECCA IS INTERESTED IN ALL THINGS FITNESS. AN AVID RUNNER, SHE ENJOYS RUNNING 5K, 10K AND 21K RACES AND IS CURRENTLY TRAINING FOR HER FIRST MARATHON. WHEN SHE’S NOT TRAVELLING, SHE’S PLANNING HER NEXT TRIP, TAKING HIKES TO THE BEACH OR SCRIBBLING AWAY IN BOUTIQUE COFFEE SHOPS. YOU CAN FOLLOW HER TRAVELS ON INSTAGRAM @JETSETCREATE. 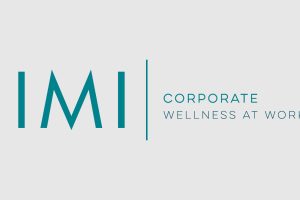 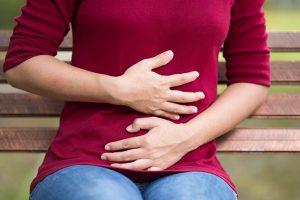