Let’s face it: life in Hong Kong for most people is stressful. The fast pace of living, working and playing can take it’s toll. Living far from the everyday support of family and friends for some; or significant travel demands or work pressures for others contribute to stress. Add in air and noise pollution and an over crowded city and it’s no wonder we’re stressed.

The good news is: herbs can be a great way to counter stress and support the restoration of our adrenal and nervous system, heal our body and calm our mind.

Many are what we call ‘adaptogens’. These are substances that increase our ability to adapt to, and to avoid damage from tough environmental or workload related situations1.

There are thousands of herbs from a wide range of ancient traditions that have supported healing for centuries. Examples include: botanicals from potent plants used in western naturopathy, Traditional Chinese Medicine, Ayurvedic medicine from India; and homeopathics.

Ashwagandha, a herb traditionally used in Ayurvedic medicine, the naturopathic medicine of India. Some call Ashwaganda the “Indian Ginseng”, as it has tonic properties. The herb is now widely used by western naturopaths as well. Indeed as western naturopathy has a more science-based approach, the demand arose for a “standardized extract” of the traditional herb. Before this, all herbs varied in potency according to the season or locale that they are grown. Western herbalism overcame this by standardizing the active ingredient so that every dose has a therapeutic level- one of the most popular forms was names ‘Sensoril’.

Studies have been conducted on how much Sensoril it takes to relieve stress. The study results showed that after taking Sensoril, the stress hormone – cortisol – dropped, while the beneficial stress supporting hormone DHEA increased, each by around 30%4. The study in 2012 on people with chronic stress found that taking Sensoril supplements for two months decreased fatigue, depression and/or anxiety by 72%4. One of the outcomes of the study was that nearly 70% participants slept better. Sleep is vital for a better sense of wellbeing, vitality and concentration. The study concluded that the herb needs to be taken for a few weeks to express the benefits fully.

Russian experiments show that Siberian ginseng can protect against many stressors including heat, cold, surgery, blood loss and infection. One study shows that taking a Siberian Ginseng supplement for eight weeks enhances endurance capacity, elevates cardiovascular function and beneficially alters the metabolism in very fit men2. Taking Siberian ginseng has also been found to boost endurance for people working across a wide range of professions from pilots to proof-readers. The proof-readers for example demonstrated the ability to work more quickly and make fewer mistakes.

Siberian ginseng has also another powerful impact on stress related herpes simplex virus type 2, which can cause genital herpes. In a major study, it was found to significantly reduced the number, severity and duration of herpes outbreaks3. Indeed the herb in this study also showed a significant reduction in the days off sick in both Russian factory and office workers.

Rhodiola rosea is commonly used in Traditional Chinese Medicine, and also in Scandinavia and Russia where it is used to ameliorate the effects of living in cold, harsh weather.

In a human study of 128 patients aged 17-55, Rhodiola alleviated fatigue, irritability, distractibility, headache and weakness in 64 percent of the cases.

In a study of students, physicians and scientists, Rhodiola was given for 2-3 weeks beginning several days before intense intellectual work such as final exams. The extract improved the amount and quality of work and prevented decrease performance due to fatigue. Using Rhodiola during final exams appears to be beneficial as well. Medical students took a Rhodiola extract for 20 days and had significant improvements in mental fatigue, general well-being, final exam grades and physical fitness5.

The Rhodiola herb helps the body adapt to stress by affecting the levels and activity of serotonin, dopamine, and noradrenalin, which are the mood related neurotransmitters found in the brain and influencing the nervous system. It appears that Rhodiola inhibits the breakdown of these chemicals and facilitates the neurotransmitter transportation within the brain.

Lavender oil is commonly used in aromatherapy as a relaxing and mood-uplifting aroma. It also helps anxiety and mildly improves depression.

In an experiment with this herb, the study concluded: “These results indicate an important role for the serotonergic system in the anxiolytic-like effect of lavender essential oil5”. Translated that means lavender increases serotonin, which is the anxiety – calming and antidepressant nerve chemical made in our brain. So lavender is very helpful for our moods to remain calm and positive under stress. Serotonin also tends to help to improve sleep.

With these four proven adaptogenic herbs all in one easy to take herbal formula, we find nearly everybody can sleep better, have more energy and concentrate better, becoming more “serene” and at the same time more productive.

These are just 4 of our favourite herbs. For your individual health requirements please contact our Dispensary Advisor at IMI or visit our clinics to see how we can best help to support you and restore your health with our wide range of potent, high quality and safely prepared herbs and herbal formulas.

3. Glatthaar-Saalmuller B, Sacher F, Esperester A. Antiviral activity of an extract derived from roots of Eleutherococcus senticosus. Antiviral Res. 2001;50(3):223-8. 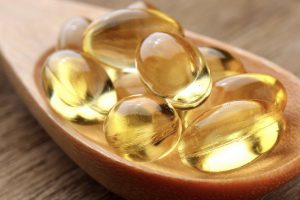 Why Choose a Quality Omega Oil? 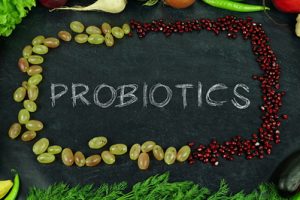 Probiotics: A Matter of Life and Health