You may have heard of Homeopathy as an alternative medicine, but did you know that, according to the World Health Organization (WHO), over five hundred million people use homeopathy around the world? Did you also know that Homeopathy is established in the national health care systems in England, France and the Netherlands? You may have come across homeopathic medicines yourself. Oscillococcinum (or Oscillo) is a common homeopathic medicine for flu symptoms and can often be found over-the-counter at your local pharmacy.

What makes Homeopathy so popular? It is effective, safe, and affordable. But is it right for you?

In this article, we answer some frequently asked questions about Homeopathy, to help you decide.

What is Homeopathy and how does it work?

Homeopathy is a gentle way of treating illnesses based on the principle “like cures like” and has been used clinically for more than 200 years. Like cures like implies that what will cause symptoms in a healthy person will trigger the cure of a sick person with those symptoms. It is a sophisticated system of using highly diluted substances as “remedies” to trigger the body’s self–healing power by stimulating a precise reaction in the body against the symptoms. For example, when you peel an onion, you feel burn and itch in the eyes, you may also have a runny nose. If you have similar symptoms during a cold, then a homeopathic micro-dose of the remedy called Allium cepa, made from red onion, can help to trigger your body to heal.

Homeopaths consider the patient’s unique symptom profile when prescribing a remedy and do not simply try to match an illness to a drug, as in the case of conventional medicine. Two patients with the same illness will not necessarily receive the same remedy. A cold sufferer with dry eyes will be given a different remedy than another cold sufferer with watery eyes.

Does it take a long time for treatment to work?

Not necessarily! In acute cases where there is a high fever, the right remedy can bring down the temperature by a degree within 30 minutes. Homeopathy can also be used as first aid to provide quick help in acute problems such as food poisoning, injuries, burns, etc.

However, if a patient suffers from a chronic problem over a long period of time, it may take longer to regain good health.

Is it safe for infants and pregnant women?

Yes, remedies— when administered by qualified Homeopaths—are completely safe for everyone, including pregnant women and babies. In fact, difficulties during pregnancy and problems experienced by newborns can be treated effectively by Homeopathy without any side effects. However, if you are taking medications or receiving conventional medical treatments, it is essential that you inform your Homeopath to avoid any potential conflicts.

What exactly is in the Homeopathic remedies?

Remedies usually come in little sugar balls, but what’s in those white balls?

Homeopathic medicine is made from extremely small quantities of nanoparticles of substances extracted from plants, animals or minerals. The remedies are so diluted that, based on chemistry, it is difficult to find any molecules of the original substance in the remedy. This led sceptics to question that there is nothing in Homeopathic remedy except water, implying that Homeopathy cannot work.

In an interview published in Science magazine of December 24, 2010, Nobel Prize-winning virologist Dr Luc Montagnier gave support to Homeopathic medicine1: “I can’t say that homeopathy is right in everything. What I can say now is that the high dilutions (used in homeopathy) are right. High dilutions of something are not nothing. They are water structures which mimic the original molecules.”

He was referring to his experimental research that confirms that uses doses of substances that undergo sequential dilution with vigorous shaking in-between each dilution. Although many sceptics assume that none of the original molecules remain in solution, Dr Montagnier’s research (and other of many of his colleagues) has verified that electromagnetic signals of the original medicine remain in the water and has dramatic biological effects.

Another Nobel Prize-winning scientist, Emeritus Professor of Cambridge University Dr Brian Josephson wrote this in response to an article about Homeopathy in New Scientist.

“Regarding your comments on claims made for homeopathy: criticisms centered around the vanishingly small number of solute molecules present in a solution after it has been repeatedly diluted are beside the point, since advocates of homeopathic remedies attribute their effects not to molecules present in the water, but to modifications of the water’s structure.”

“Simple-minded analysis may suggest that water, being a fluid, cannot have a structure of the kind that such a picture would demand. But cases such as that of liquid crystals, which while flowing like an ordinary fluid can maintain an ordered structure over macroscopic distances, show the limitations of such ways of thinking. There have not, to the best of my knowledge, been any refutations of homeopathy that remain valid after this particular point is taken into account.”

Is there any scientific evidence for Homeopathic Medicine?

It is rather difficult to test Homeopathy properly in randomised controlled trials (RCTs) for two reasons. Firstly, as mentioned above Homeopathic remedy has to be individualised according to the patient’s profile. RCTs are based on giving the same treatment – in this case the very same Homeopathic remedy to a large number of people and looking at the results, compared with those for a group (control group), which has been given a “placebo” treatment. The problem is that this large number of people who receive the same remedy may suffer from the same illness nominally but their individual symptoms are not the same. Because of this, it is difficult to reflect whether the remedy is effective.

Secondly, RCTs generally require that neither the patient nor the practitioner knows who is getting the ‘active’ treatment and who the placebo (double blind). In homeopathy, however, the practitioner needs to assess the patient’s reaction to the previous remedy in order to decide how to proceed with the case. A lack of reaction to the remedy is important information as it may indicate that the wrong remedy or the wrong potency has been prescribed.  If the practitioner does not know whether the patient actually received the remedy, then it is impossible to make any accurate assessment of the case.

Given these challenges, many high-quality studies have still been published in respected medical and scientific journals providing evidence that Homeopathy works:

In 1991, three professors of medicine from the Netherlands, none of them homeopaths, performed a meta-analysis of 25 years of clinical studies using homeopathic medicines and published their results in the British Medical Journal2. The paper stated that “overall, of the 105 trials with interpretable results, 81 trials (77%) indicated positive results.”

The professors concluded, “the amount of positive results came as a surprise to us.”

Specifically, they found that:

A body of clinical research in homeopathy that has been consistently recognized as some of the highest quality scientific research has been conducted by a group of researchers at the University of Glasgow and Glasgow Homeopathic Hospital. They conducted four studies on people suffering from various respiratory allergies: hay fever, asthma, and perennial allergic rhinitis3. In total, they treated 253 patients and found a 28% improvement in visual analogue scores in those given a homeopathic medicine, as compared with a 3% improvement in patients given a placebo.

One of the most impressive studies ever conducted testing homeopathic medicines was in the treatment of people with chronic obstructive pulmonary disease (COPD). At the University of Vienna Hospital, a prospective, randomized, double-blind, placebo-controlled study with parallel assignment was performed to assess the influence of a sublingually administered remedy called Kali bichromicum on the amount of tenacious, stringy tracheal secretions in critically ill patients with a history of tobacco use and COPD4. The amount of tracheal secretions was reduced significantly in patients given the homeopathic medicine. Extubation (the removal of obstructive mucus from the lung with a tube) could be performed significantly earlier and the length of stay was significantly shorter in the group that received the remedy. This data suggest that the remedy may help to decrease the amount of stringy tracheal secretions in COPD patients.

Another study worth mentioning was one that was carried out on 53 patients with fibromyalgia6. Participants that were given individually chosen homeopathic treatment showed significantly greater improvements in tender point count and tender point pain, quality of life, global health and a trend toward less depression compared with those on placebo.

What is also extremely interesting about this study was that the researchers found that people on homeopathic treatment also experienced changes in EEG readings, an indicator of the brain’s electrical activity and levels. Not only did subjects who were given a homeopathic medicine experience improved health, they were shown to experience different changes in the brain wave activity. This evidence of clinical benefits and objective physiological action from homeopathic medicines in people with chronic symptoms provides very strong evidence that Homeopathy can have observable results.

If you would like more individualised advice for a prescribed remedy, we recommend that you book a consultation with one of our registered homeopaths. 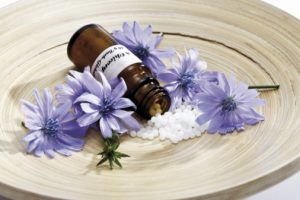 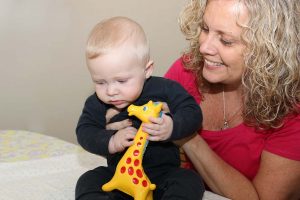 Natural therapies in Osteopathy for pregnant mums and newborn babies