How men can speak up about mental health

In Hong Kong and across the globe, men’s mental health is coming into the spotlight. It’s no longer considered a taboo subject. Collectively, people are now talking. But individually, are men now talking?

There’s no end of research that indicates men continue to bottle up their emotions. Commissioned by men’s health charity Movember and conducted by research firm Ipsos MORI in October 2019, a study of 4,000 men between 18-75 across the USA, Canada, the UK, and Australia showed that around 77% of men know that expressing their emotions is important. Despite this, 58% of men feel they’re expected to be “emotionally strong and to show no weakness,” and 38% avoid disclosing their emotions to avoid appearing “unmanly.”

It seems many men still feel more comfortable with the idea of consulting a physio for physical treatment, for example, than seeking help and speaking up for mental health. The ‘silent’ crisis continues.

Our cultural legacy is largely to blame for the reason men are reluctant to talk about their feelings.  All-too-often men are depicted as strong, brave, stoic, and silent. John Wayne and James Bond are famous examples.  The injunctions “Boys don’t cry” and “Toughen up and be a man” have far-reaching mental health implications, yet men continue to be expected to accept and endorse these beliefs.

In many cultures, showing feelings is considered acceptable for women but a weakness in men.

In ancient times, women were ‘gatherers’, accustomed to supporting each other, sharing and expressing feelings. Now, women seem more able to be open to seeking support formally or informally. Meanwhile, men were the ‘hunters’, in a state of constant fight or flight, as they faced danger while seeking food for their families. Their brains became ‘wired’ this way. Now, to survive, especially in the alpha male corporate world, requires being competitive, aggressive, tough and to not show overt emotion.

But workplace harassment (bullying), job insecurity, loss of economic stability, family responsibilities – all of which may lead to family conflict or broken relationships – can cause men to experience anxiety and depression, and even to contemplate suicide.

Society needs to stop giving boys and men messages that they need to be tough, preventing the expression of their feelings.  Tears are said to be 99% feelings and 1% water, and the water, when analysed, is full of stress hormones. By not crying stress builds up in the body and can wreak havoc.

These suppressed feelings may let their presence be known through bodily and psychological symptoms: free floating anxiety, inwardly turned anger or depression, psychosomatic symptoms like IBS, heart attack, and muscle tension. Luckily, different feelings are held in by involuntary tightening different muscle groups, which give us clues to the emotion underlying the feeling.

As men tend to have a higher pain threshold, they may choose to ignore these warning signs. When feelings begin to come up, particularly for men, there is a tendency to withhold them, which only aggravates them and creates stress. They may numb the feelings by turning to alcohol or drugs, act out by developing antisocial behavior including violent temper outbursts, or simply deny their existence.

It is vital men acknowledge their feelings and express, share and communicate them for wellbeing and health. It is time to ‘rewire’ – to shift men’s nervous systems from sympathetic to parasympathetic state, and become more open, relaxed, collaborative, connected.

In the same way a man can share he has Covid, it needs to be equally acceptable for him to share his anxiety, depression, or suicidal feelings.

Feelings can be SUPPRESSED, which leads to DEPRESSION. Or they can be EXPRESSED.

Our feelings are the conscious experience of our emotions. Emotions are activated involuntarily by the autonomic nervous system, through neurotransmitters and the hormone system, releasing chemicals into the body. This happens, for example, when we panic: fear and stress release adrenaline and cortisol into the body. As we become aware of the emotion in our body, we consciously experience feelings and begin to appraise them. Culture and social norms play a large part in whether we judge these feelings to be good or bad and give approval – or not – for their expression. If you exist in a culture that frowns upon men openly discussing their feelings, expressing anger, or showing vulnerability through crying, for example, you may judge your feelings to be bad.

This needs to change.  Emotions are not right or wrong. They are wired into us in utero. And feelings are simply our awareness of these emotions.

To communicate feelings in a healthy way, first notice what has activated your emotions and the related body sensations. Then take some deep breaths to get out of your head and tune into your body. Where is the tension? Your muscles hold feelings. For example, anger and frustration often manifest in the back and shoulders, and grief and sadness in the chest and around the eyes. Dr Alexander Lowen’s therapeutic approach Bionenergetics provides an introduction to this.

Once you have tuned into your body, be mindful. Breathe deeply. Observe. Don’t analyse or judge. Identify the feeling. Welcome and label it. Now express and discharge your feeling by sharing with another person, a good friend, journal, or hit a punchbag.

This will take time and perseverance if you have been withholding or ignoring feelings for much of your life.

Men are human and therefore have emotions. It is important that we – and they stop judging them for sharing their feelings.

It’s time to break the silence. 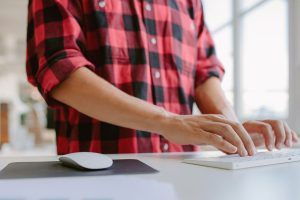 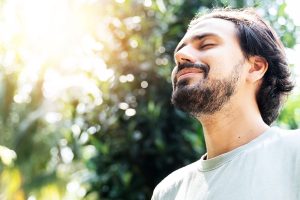